Pake users on the loose: Be warned. 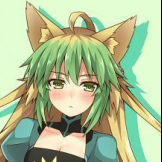 By 🚩Falaflame,
April 4, 2015 in General Discussion